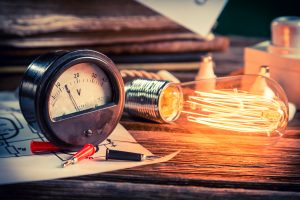 Problems and consequences of an improperly executed earth test

Problems that occur in an earth test will fall into one of two outcomes:

An overstated resistance value is usually the most obvious of the two. Also, the overstated resistance carries less risk with it because the consequence of a high reading usually means a red flag, which blocks progress. Questions get asked, blood pressures rise, and if you’re the one holding the budget, you might be excused for the odd expletive or two – knowing that requests for more money are imminent.

So, the primary negative outcome concerning an inflated resistance test falls into constructability and delay. There is less risk in terms of safety, given the project can’t pass go until a lower earth test value is measured.

This brings me on to the second of the outcomes, an understated resistance. An understated earth test reading is the silent killer. Errors in the test that lead to an artificially low resistance value give an undetectable and rarely questioned false-positive. Backs are slapped in a celebration that another milestone is ticked off, but sitting in the background is an earthing system with a higher than stated impedance/resistance.

What does this mean?

Having a system with a higher than tested resistance means all the safety calculations also sit at higher than anticipated levels. EPR (earth potential rise) is higher; therefore, the touch and step voltages will rise to greater values, possibly exceeding safe permissible limits. Put simply; your earth electrode could become a ticking time bomb.

Unfortunately, it is very easy to carry out an earth test and unwittingly deliver an understated value. For example, using the fall-of-potential method, one of the most common errors is NOT running out the leads far enough to escape the electrical influence of the electrode under test.

If you would like to learn more – why not watch the related video on our academy website. It’s free to watch for registered users of the site. If you’re not a member yet, just stick your email in to register and you can enjoy this video and many more like it that demystify Earthing for you.

Did you know that EN50522 recommends deploying the test leads out more than x4 times the longest dimension of the electrode under test?

A more detailed explanation is given in NC.4 Earth Coupling of page 87 of BS EN 50522: Earthing of power installations exceeding 1 kV, which also references IEEE Std 80.